As we come to the end of another busy term I am often asked by my students “what should I read over the holidays?” In answer to those questions, I thought I would write a quick post of my top 10 recommendations for holiday reading this year.

1. The Wishing Spell – The Land of Stories – by Chris

This is the story of how Alex and Conner Bailey stumble upon the fairy tale world through the book their grandmother gave them called “The Land of Stories.”

During their travels through the fairy tale land, Alex and Conner meet a variety of well-known characters that assist them in their journey to return home. These characters are a slightly twisted version of their traditional selves, for example: Goldilocks is a wanted fugitive and Red Riding Hood is a not so popular queen of a small area and has troubles with the Bad Wolf Gang.

A great read for low level readers that are after a meaty story with good characters. 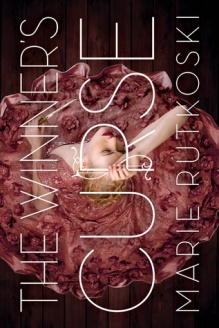 This is a great read for someone that loves a mix of fantasy and romance. It is set in a world were Valorians are the ruling class and the Herrani are slaves sold and treated poorly. Kestrel, daughter of the General of the Imperial Valorian Army, attends a slave auction and is tempted into buying  Herrani slave, Arin when she hears that he can sing. Over time, Kestrel and Arin soon form a friendship that is tested over the differences of their races. Kestrel is no longer sure that she has made the best decision in buying Arin, and is worried that the consequences will not only affect her father, but their home town.

I would recommend this book to advanced year 7 readers and older.

I read this earlier in the year and thoroughly enjoyed it. It was a little slow to begin with, however once the story gets going it is fast paced and rather intense.

Reawakened is the story of how Lillian meets Amon, a reawakened Egyptian prince. Together they must race against the clock to return Amon to a sacred site and reunite him with his brothers to defeat the evil God, Seth.

This story has adventure, romance, history, and is action packed. A great read for advanced year 7 readers, or older.

4. The Selection – A Selection Novel – by Kiera Cas 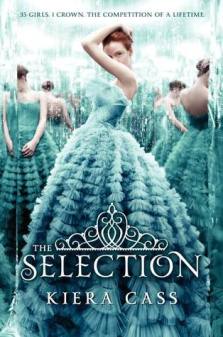 I don’t often say this about a book, but I am definitely calling this one a “guilty pleasure read.”

Set in a world where the prince must choose a bride from a selection of 35 girls that are drawn out of baskets and represent the different sectors from across the country, this book has a very strong “The Bachelor” feel.

For America, The Selection process is an escape from her life, as well as an opportunity to leave behind a broken heart and to provide for her family. What she doesn’t expect to happen is to begin to question her motives for entering The Selection.

This is a book that I would recommend to all readers from year 7 and up. It is an easy read and appeals to anyone that loves a good teenage romance. 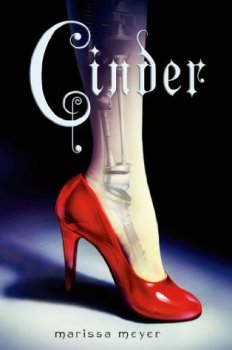 Another twisted fairy tale story, but instead of shelving this in fantasy, we have shelved this in our Sci-Fi collection. This is the story of Cinder the cyborg and it follows the structure of the original Cinderella.

Cinder is the best mechanic in the Eastern Commonwealth and is visited by Prince Kai. He asks her to fix one of his androids and an unlikely friendship is started up. Their relationship is soon put to the test when Lunar Queen, Levana gives Prince Kai an ultimatum: marry her or earth will suffer from the wrath of the Lunar People. Cinder is soon forced to realise that she may be the only person that is capable of saving both Prince Kai and earth.

This is a story that I have recommended to year 7 and older. It is a relatively easy read and is quite accessible to all readers. The following books in the series do tend to get longer, but the writing style remains the same.

A tale of two people that cannot stand each other working together to survive. It’s not a new theme, but this story does it really well. This is a strong Sci-Fi novel with a romantic twist.

Lilac and Tarver meet each other on the Icarus, a ship travelling through space with a mixture of socialites and military personnel. Lilac LaRoux, heiress to her father’s empire and richest girl in the galaxy, makes eye contact with a young Major Tarver Merendsen on-board the Icarus during a party, not knowing that he has no idea who she is. After their initial conversation, she soon realises that the Major is in danger from her father and tries to distance herself from him in the only way she knows how, by being cold and unfeeling. As disaster strikes the Icarus, Lilac is forced to rely on Tarver to survive on a planet that is unknown and where they are completely alone. Together they discover a hidden secret, linked to her father’s empire, that they must figure out to survive.

I would recommend this to advanced readers in year 7 or older. It is a beautifully written story.

7. Front Lines – Soldier Girls – by Michael Grant (In the Past)

This novel has been placed in our in the past genre due to its parallels with World War Two. However, due to its alternate universe where women were drafted in the USA Army, I would say that it could also be shelved within the dystopian genre.

Front Lines follows the story of 4 women that enlist in the USA Army for varying reasons. The first half of the book tells the tale behind their reasons for enlisting, and their experiences in basic training. The second half describes the trials they face during war, and how they react.

The second half of the book is quite a graphic book. For this reason we have decided to place it in our senior fiction collection. I would highly recommend this book to any of our senior readers that enjoy history. 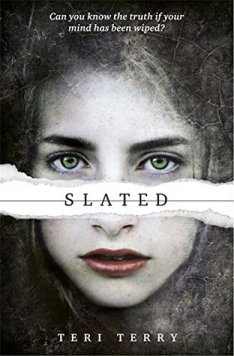 A thrilling dystopian novel that follows the story of Kyla. Her memory of her previous life has been wiped, or “slated,” and she is slowly being integrated back into society. Kyla is sure that there is something “different” about herself; she also believes that the slating process is unjust and not conducted in the honourable way it is portrayed to be.

Kyla forms a close relationship with other slated members of society, but she begins to question the reasons behind her own slating and that of her friends. Her questions lead to dangerous information and the possibility that all is not as well as the government wants them to believe.

I have recommended this to year 7 students, however it is quite large and challenging. It is beautifully written and a definite on-the-edge-of-your-seat read. 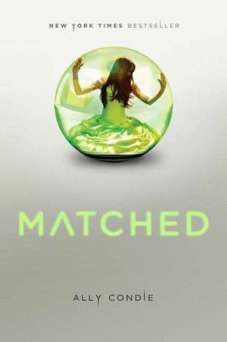 Matched is set in a world where the Society controls everything, from how much food you can eat, to how long you should live for. This novel has been catalogued as a dystopian novel and it tells the story of how Cassia’s perfect, planned out life is about to change.

Cassia is 17 and about to meet her ideal match. She is surprised to find out that the Society has decided that her perfect match is her childhood friend, Xander. However, when she receives the chip with all of Xander’s information on it another face flashes across the screen. Cassia is soon tempted by a life that should not be possible and must make some tough decisions that will put her and her family in danger.

This is one that I have recommended to year 7 readers. It would also be attractive to older readers. 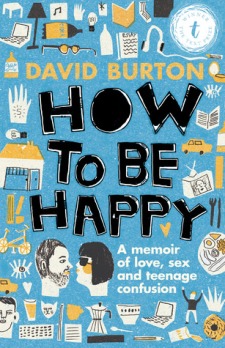 10. How to be Happy: A memoir of love, sex and teenage confusion – by David Burton (Life
Stories)

Based on real-life events, How to be Happy: A memoir of love, sex and teenage confusion  is the coming of age story of David Burton. A Brisbane based dramaturge and editor, David has unashamedly shared his life story with nothing held back. This is definitely a senior novel, bordering on adult, but it is hilarious. The troubles David faces and the ways in which he overcomes them are something that teenagers should be reading about.

I would recommend this to any student in year 10 or older, or any adult looking for an easy to read, feel good story.